What Scentsy Has Done For Us! 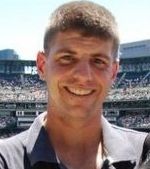 Ever since my wife has joined Scentsy we have been able to do a lot more in one year than we have since we have been married. Everything from get out of debt, to going on exotic vacations. My wife has been selling Scentsy for a little over 2 years now, and it has been a blessing ever since.

I was skeptical at first when she told me she wanted to join Scentsy, but later realized it was an awesome opportunity for both of us. Since she has started selling Scentsy we have been to Texas for a convention in 2011, and to Cancun Mexio for a leadership retreat. This year my wife even won us a trip to the Dominican Republic as an all expense paid

She started selling in February of 2010, but didnt really start getting into the business until after her first convention in Denver Colorado. That day became the moment that she saw the potential that this business gave her. Since that day she has been promoted to Director and now has a team of over 78 individuals! I am so proud of what she has been able to accomplish and I am looking forward to retiring out of the military and helping her sell full time.

Scentsy Inc. has also provided us with a different outlook on life. Their core values of simplicity, authenticity, and generosity; have inspired us to give back to our community. Anna and I have done countless fundraisers for individuals and communities.

I have come to realized that Scentsy is more than just wickless candles, it is a community of friends and family. I am happy to be apart of this community and proud of my wife for what she has accomplished.

Dont be scared to embark on a journey that could change your lifes for the better. Most people say they are afraid that selling Scentsy won't make them enough to pay their bills or they are afraid that they wont be good at selling. I say, that its like any job, you will get out of it what you put in to it; and really shouldn't you be afraid that at any moment you could be laid off from your current job?